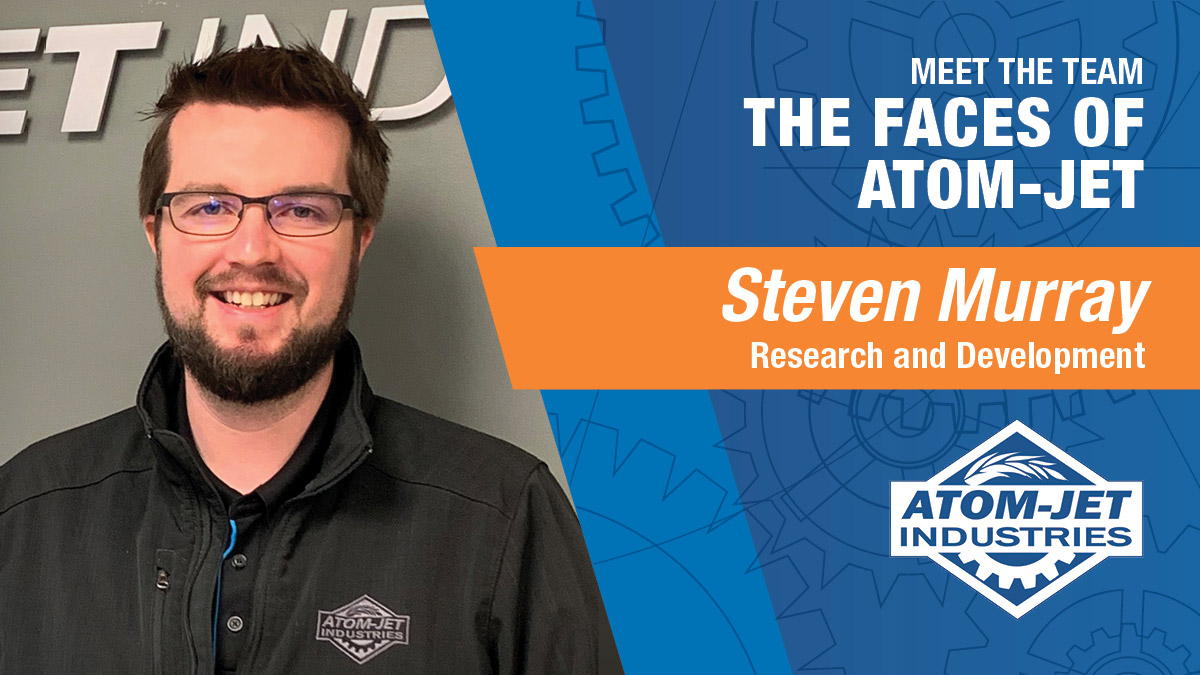 Steven Murray joined Atom-Jet through the University of Manitoba completing his Master’s degree in Discrete Element Modelling (DEM) simulation. The first thing we did was throw him in our booth at Manitoba Ag Days to learn what the ag industry is all about.

It has been six years now and Steven has been instrumental in using his education and knowledge in DEM to model the effects of soil flow against the running speed of air drills, and how it affects seeding openers. He has also fast-tracked our design process by 3D-printing our prototype openers. Atom-Jet now owns five 3D printers! Yes, he does like computers!

Steven’s family farms in the Sanford, Manitoba area, and in his spare time he is an avid gamer and enjoys running.

Steven is a key member of our R&D team and is certainly relied upon to be involved in all things technology-related at Atom-Jet.

Thanks for wearing many hats at Atom-Jet, Steven.